Smart does not mean rational - Need to think beyond SAT 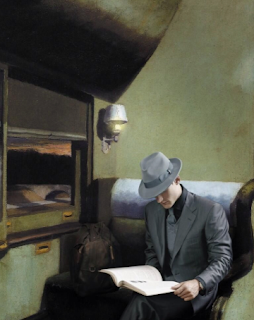 Dysrationalia - the mismatch between intelligence and rationality or the inability to think rationally in spite of being classified as intelligence, a term coined by Keith Stanovich.

We all recall the comical absent-minded professor who is smart but cannot navigate the real world; however, dysrationalia is a more focused problem where measured intelligence does not match skill at using logic, probability, and the scientific method to make effective decisions. Call it a mindware gap.

Smart people can make biased intuitive judgments and then use their intelligence to dismiss contradictory evidence. They hold beliefs that are not based on logic and defend them with seeing any problem. Sir Arthur Conan Doyle, the creator of Sherlock Holmes, was a strong believer in fairies. He was deeply at odds on this topic with of people Harry Houdini. Their argument destroyed a loose friendship.

So, does it matter whether you pick a smart manager? Of course, it does. However, the real question is whether beyond a minimum standard is it important to pick the smartest manager. Are there other measures of decision-making skill that will better determine the success of investment managers? Think of the mind game questions used by some tech firms to test the intuition of candidates like, "How many cigar smokers are there in Denmark?"

There have been some studies on manager characteristics like, "Are Some Mutual Fund Managers Better than Others? Cross-Sectional Patterns in Behavior and Performance" by Judith Chevalier and Glenn Ellison in the Journal of Finance which concluded that excess return performance for mutual fund managers is related to higher-SAT related undergraduate institutions. Another similar paper, shows a similar result for hedge funds, Investing in Talents: Manager Characteristics and Hedge Fund Performances Haitao Li, Xiaoyan Zhang, and Rui Zhao which also shows that SAT scores are correlated with performance. We have not found any studies that focused on the decision-making skills or positive rationality of portfolio managers beyond measuring behavioral biases.

We are not suggesting discarding intelligence tests for job candidates although their usefulness may be marginal. It seems as though the signaling effect of intelligence is through which college attended as opposed to the crass question of score on a standardized test.

Most recruiting experts suggest testing of the specific skills necessary for the job is more critical. Rather, we are arguing that activities like portfolio management may require skills that are not directly measured by academic intelligence tests. I may not want the smartest person in the room deciding, but the person who can make a good decision with limited information and a short time constraint.

The mindware or characteristics for effective decisions in an uncertain environment require specialized skills. If these skills cannot be found, model rules should be written to focus on the decisions that have to be made.

See You don't need intelligence; you need "mindware" to be successful