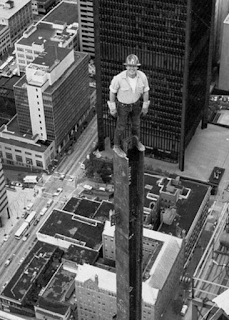 Negative interest rates are a financial existential threat to the global economy. Odd investment decision and behavior flow from the continuation of negative rates. All savers and borrowers are affected. Every pension is impacted. Every set of cash flows that has to be discounted is distorted. Negative rates have moved from a temporary event associated with a financial crisis to the norm for most economies. 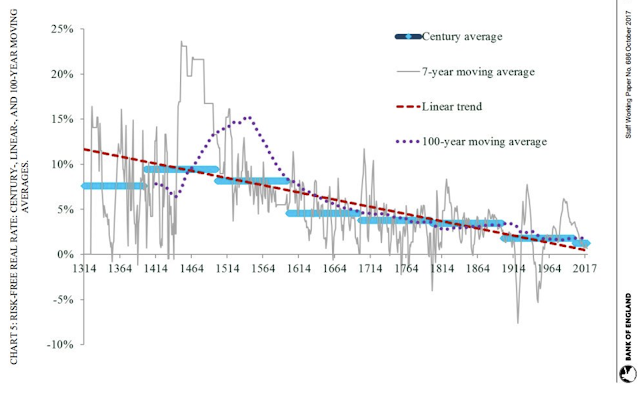 Central bank policies that further push short nominal rates negative for long time periods with regulatory pressure is a form of policy vandalism. Negative rates are a distortion that carries over to other financial assets and distorts investor behavior.  However, these policies are linked to the systemic ongoing savings glut around the world.

Savings has to match investments and any mismatch will have to be adjusted through price, the rate of interest. As measured through a number of models, the neutral rate or r-star has fallen close to zero or through the zero bound. This is a long-term decline. Central banks will say their hands are tied to what they can do. They are only responding to low neutral rates. Policy rates have fallen as a response to these secular declines in equilibrium rates. They argue that they cannot be vandals because the saving glut made them force rates negative. 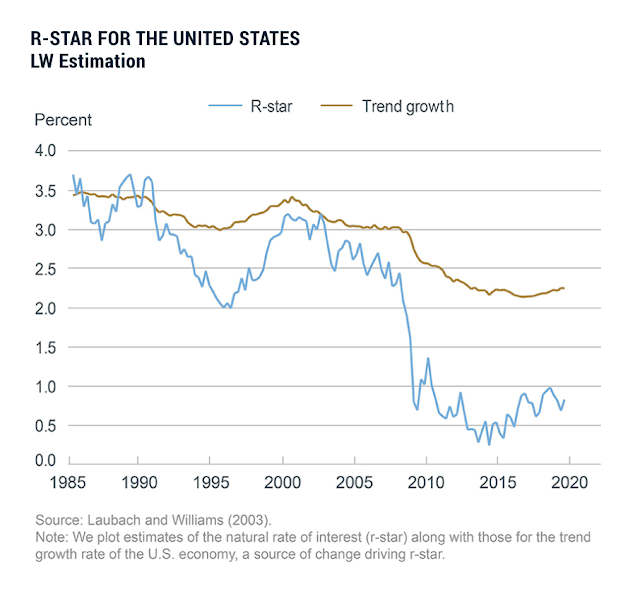 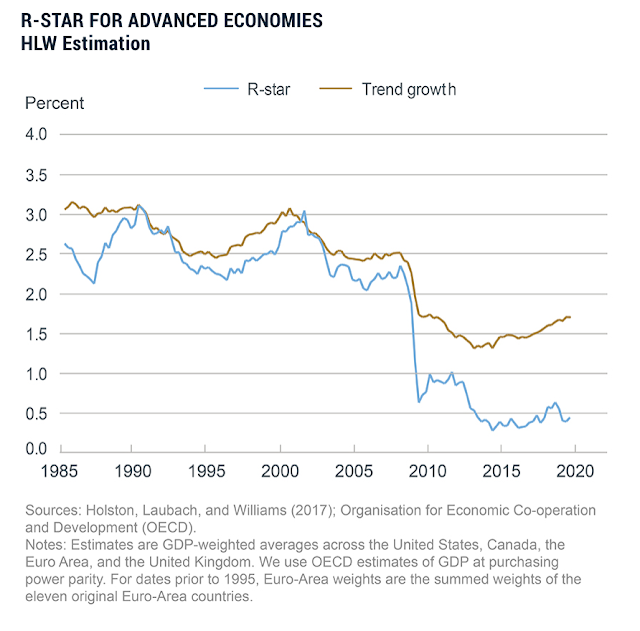 The savings glut argument is hard for investors to fully appreciate and exploit because it is a long-term phenomena and not a short-term trade. The combination of demographics and technology has changed the balance between savings and investment. Demographics do not just represent a slowing of population and economic growth. Current aging demographics create an increasing divide between retirement and death that has changed savings especially in advanced economies. Age bubbles play havoc on country savings rates. The time value of money may break its normal relationship to actually have savings place more value on future consumption than on current consumption.

As important, there is a shortage of investments. For EM, there are limited safe assets. In developed economies, there has been an embracing of austerity which limits fiscal policy as an investment driver. Technology also has changed the needs for capital. A service and information based economy just does not need the same requirements as an industrial based economy. This only exacerbates the savings investment imbalance.

Central banks cannot end the savings imbalance. They just allow a continuation of the problem and further accommodate the ongoing secular rate decline. They can make it worse by asserting that they have control of the process. Their illusion of control actually adds to uncertainty.

Investors need to accept that rates, real or nominal, are not moving higher under the status quo. The hard planning based on a future that will not go back to anything like the pre-Financial Crisis is necessary.
Posted by Mark Rzepczynski at 6:25:00 PM