What are shadow interest rates telling us? 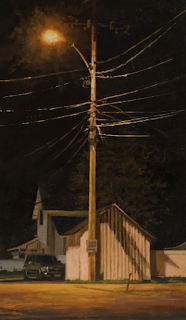 We cannot forget that the zero bound on interest rates caused distortions in market price signals. Now in the US rates are above the zero bound so it seems like the concept of a shadow rate is not important; however, it is still relevant for many other central banks and it provides a good measure of where we have come over the last few years. Using the shadow rate as a historic measure of relative tightening, we can say that the Fed has actually been on a tightening policy since the end of quantitative easing. The size of this tightening is not much different than what we have seen in other Fed tightening cycles. While we cannot measure the true bite of rising rates, we can say that the Fed has been at tightening for much longer than most investors think.

The concept of the shadow interest rate was developed to determine what should be the short-term interest rate when constrained by the zero bound. The shadow rate can be an important tool to look at monetary policy even when rates go above the zero bound because it can give investors insight on where we have been versus where we are with rates.

We use the Central Bank of New Zealand website as a place to check on the shadow short rates around the  world. 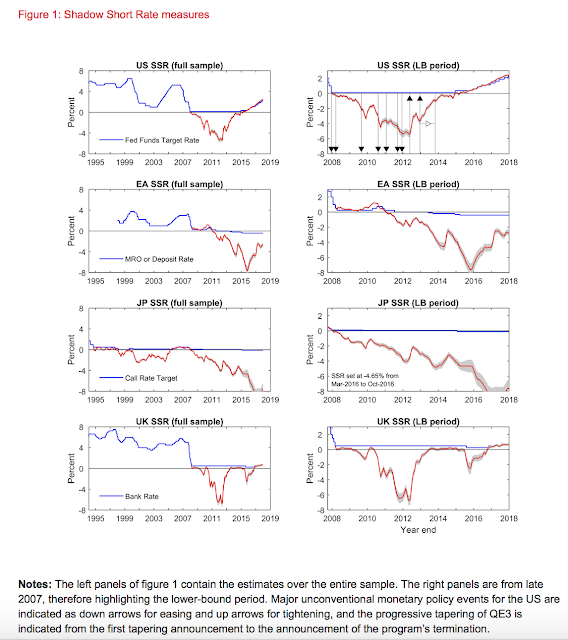 Looking at some of the research by the original author on shadow rates, Jing Wu from the University of Chicago, "A Shadow Rate New Keynesian Model", it is clear that tightening really began when QE ended. The connection with rates is a link that has been missing with many market watchers. 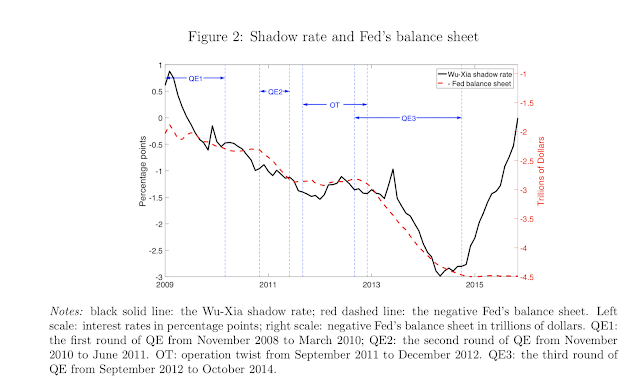