The five "whys" and investment management - Finding the root cause

I came across in some old papers the Toyota Industries solution to finding the root cause of problems, the 5 whys. It is a simple and useful tool. Sakichi Toyoda, the father of Toyota Industries, developed this technique to solve manufacturing problems, but it could easily be applied to any investment problem or due diligence issue. Ask why five times. 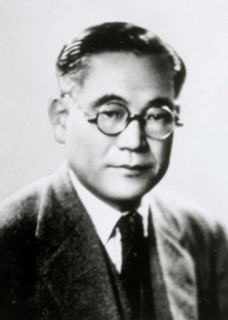 Yes, be like the annoying children who are always asking why to their parents. Put differently, ask core questions repeatedly to get at core answers. It is often taken for granted that whatever is the first answer to a question is all you need. That would be a mistake. More information usually lies beyond the first answer. Follow-up with a second why then follow-up with a third, fourth, and fifth why. Drill deep.

Our example below suggests how a very simple five why conversation may evolve. 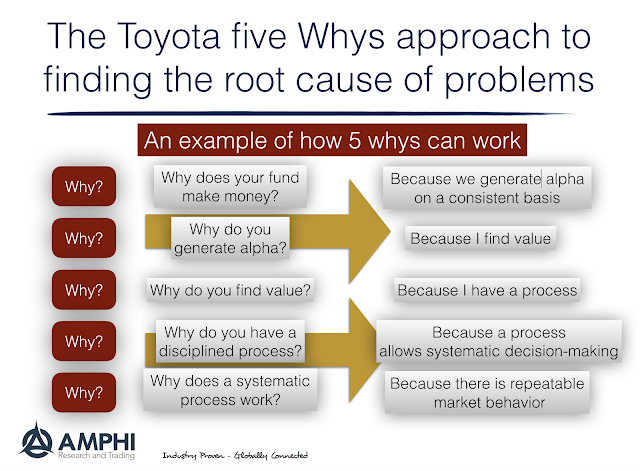 When doing your own analysis, the five whys can serve as a check on how deep you are thinking or what is your level of logic used to generate an answer. If you cannot generate a good answer to five whys, then you have not thought about the problem enough.

Sakichi Toyoda created a car company noted for quality control. Even now the Toyota company is an adherent to kaizen, a philosophy of incremental improvement which is driven by the idea of deep questioning, the 5 whys. It can work for any investor.
Posted by Mark Rzepczynski at 8:53:00 AM