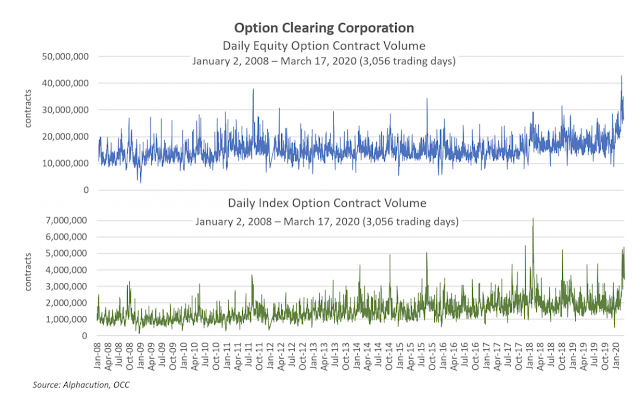 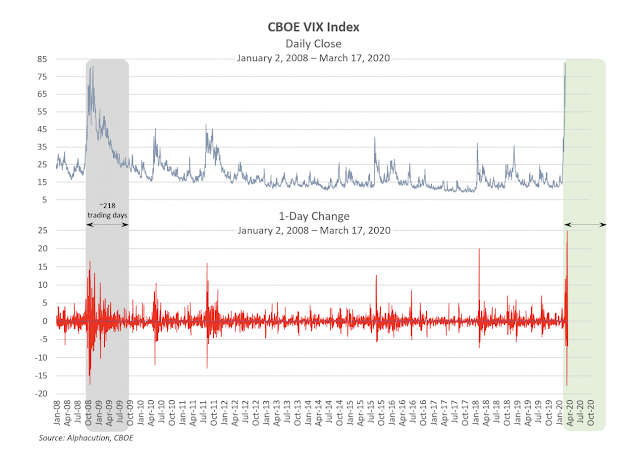 Option volume is at sustained highs. Volatility (VIX) is at Financial Crisis levels. The daily change in volatility is off the charts and the volatility of volatility has exploded. The reason for this is the continued stream of unprecedented and unexpected news that has to be processed in real time. Markets are being driven by a single common factor. The unprecedented but occurring on a rolling basis:


There has been a feedback loop of pandemic news, policy response, more pandemic news, and then further policy responses. If the contagion is going exponential, the responses are coming with similar speed.  The result is more tail events as the distribution for market behavior shifts with the new environment.

So, when will this change? With time, the number of reported contracted cases will decline which will result in a decline in volatility because the pandemic policy feedback loop will stop. This is not the same as saying the economy or the stock market will return to old level. It also does not mean that there will not be further individual stock declines. There will be a volatility decay function like in other volatility spike cases.

Email ThisBlogThis!Share to TwitterShare to FacebookShare to Pinterest
Labels: investments