Geopolitical battle for oil - The other shock 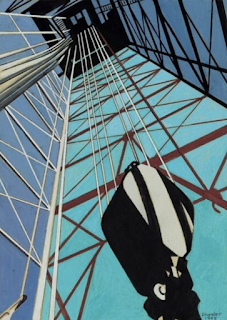 The fall in crude oil prices is driven by more than a decline in demand. It is an intersection between private and state-controlled natural resource companies struggling for market dominance. Call this the battle of oil commodity mercantilism, state firms fighting for control, and privately funded firms suffering as active non-combatants.

Private companies through US frackers are now the dominant producers of oil, and the state-run companies don't like it. Private firms are not innocent in this fight but as small firms they are driven by marginal cost considerations and the demands of their shareholders and lenders. State firms are bigger players, yet they cannot bend the will of global oil consumers when they lose market share. 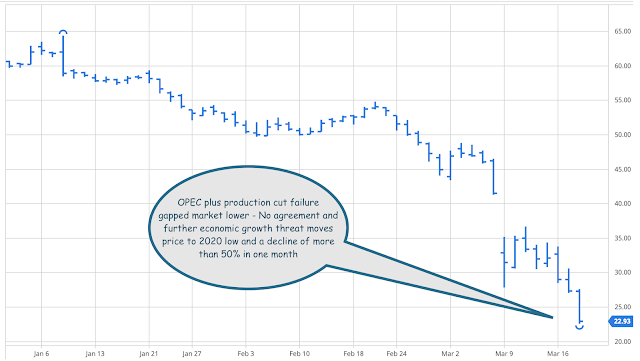 Saudi Arabia wants state firms through OPEC to control and stabilize prices. Russia would like to gain market share and further control of European markets. Standing in their way are the private frackers who have ramped up production through a combination of technology and old-fashioned leverage.

While this is a Saudi-Russia quarrel on the surface, there is private firm fall-out. With a demand shock forcing prices lower, the state-run firms have an opportunity to grab market share and put the private producers out of business through using their lower marginal costs and higher financial pain thresholds. Although this may not have been conceived as a master plan earlier this year, the situation has evolved. Russian intransigence on production cuts has caused a Saudi production increase response to teach Russia a lesson on market power. The collateral damage but added benefit from the view of both Saudi Arabia and Russia is fracking shutdowns. A combination of higher marginal costs and high leverage make these firms vulnerable even if they have engaged in aggressive hedging programs. Forcing prices lower in the short run is possible through having deeper cash reserves and the ability to borrow. Those refinancing and funding in the high yield market will be casualties. 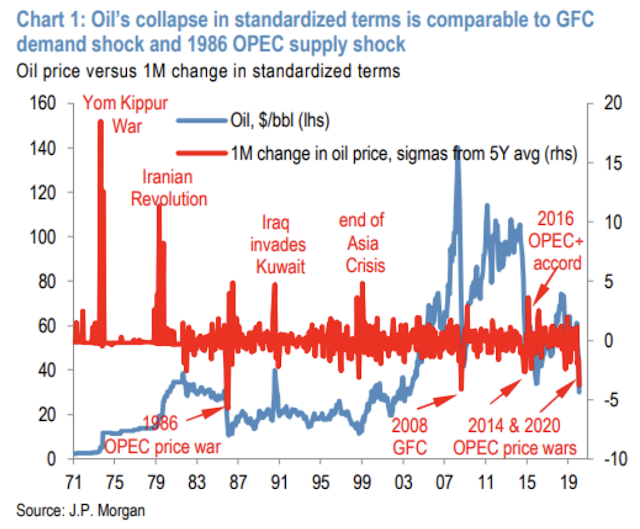 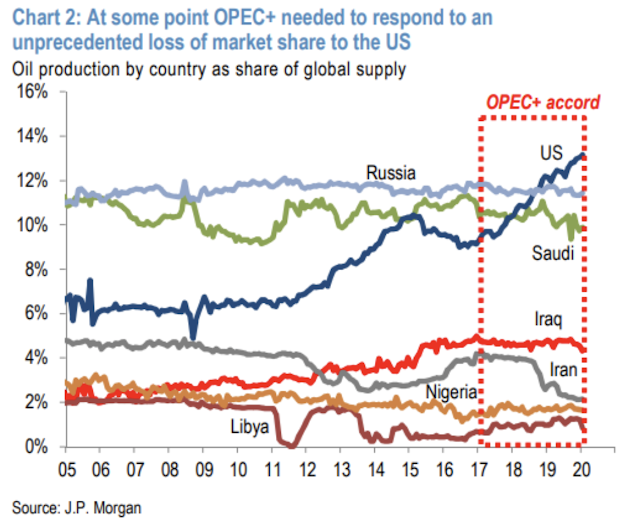 This is all the result of state-controlled commodity mercantilism dominating the oil market. It is not a fair fight if you don't have the state backing you; however, the solution is not to play to the behavior of the mercantilist, but rather use innovation and technology to break the knot of state control.

Email ThisBlogThis!Share to TwitterShare to FacebookShare to Pinterest
Labels: geopolitical