Deflation versus inflation the problem choice will not go away 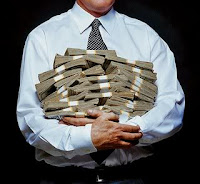 There is growing a battle between the economists and investors who think we are or will have deflation problem versus those that think that inflation may be around the corner. For the G3, the deflation crowd seems to have a strong argument.

Looking at the actual inflation numbers, the globe can be broken into the developed world that is on the cusp of deflation and the emerging market world which is in the grip of rising inflation. On a 10-year rolling basis, the inflation rate is the lowest in 41 years. for the US. Inflation expectations by businesses shows rates below 2% which has been the long-term target. Break-evens between TIPS and nominal bonds have also started to contract which is another sign that inflation is unlikely. Emerging market inflation is over double that number even though it is less than what we have seen pre-crisis.

Monetary policy, whether through driving rates to zero or using QE, has caused limited or no increase in inflationary expectations. Price levels have fallen since the beginning of the year and we are supposed to be in a recovery.
The most likely scenario in the near-term is a bifurcated world of emerging markets battling inflation and a languishing developed world of no inflation. This will continue until the global growth story finds a clear direction. However, this may not be until 2011.
Posted by Mark Rzepczynski at 4:18:00 PM No comments: Links to this post

Price of hedges during uncertain times

Buying expensive insurance is just like buying any other overpriced asset…a path to the permanent impairment of capital. Rather than wasting money on expensive insurance, holding a larger cash balance makes sense. It preserves the dry powder for times when you want to deploy capital, and limits the downside.

James Montier GMO
Montier makes a a good point that in an uncertain time, the best course of action is to hold cash.
Posted by Mark Rzepczynski at 5:57:00 PM No comments: Links to this post

In the most recent issue of the American Economic Review, Ms. Romer (and her husband David H. Romer) conclude that "tax increases are highly contractionary . . . tax cuts have very large and persistent positive output effects."

This paper is very provocative given the position of Ms Romer as the former head of the CEA. The conclusion is clear. Tax policy matters and will have a negative effect on growth. So as we head to the end of the year when the Bush tax cuts are reversed we will have strong head winds against the US economy.
It is still amazing that the impact of tax cuts are still unclear and subject to the problems of political views. Democrats do not like them and Republicans do. Economic policy should be independent of the politics.
Posted by Mark Rzepczynski at 11:10:00 AM No comments: Links to this post