Irrationality and ticker confusion - We are not getting smarter 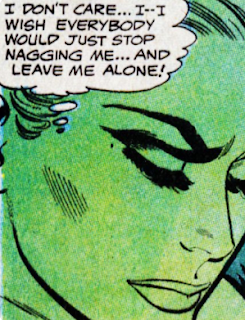 "nobody ever went broke underestimating the intelligence of the American people..." widely attributed to H.L. Mencken

I, like many, thought that with the behavioral finance revolution investors would get smarter and  decision biases and mistakes would diminish. Sorry to say, markets don't work that way. Those investors that are irrational may be weeded from the markets as their profits are eroded, but the pockets of those that are irrational can be deep, and there will often be a new set of irrational investors who will take their place. Do  not underestimate the irrationality of investors.

Some biases will unlikely leave us. It may be hard for investors to hang onto winners and sell losers but making mistakes like buying the wrong stock based on not matching the company and ticker seems to be an easy problem that should be solved. Of course, there will be those who get it wrong, but it should be assumed that these traders will never have enough buying power to create a big market move, wrong.

We are not ever talking about GameStop (GME) type of speculative buying. The errors we are discussing are with buying a stock that has a close name to another and will jump on news or comments unassociated with the real firm having news. For example, look at the case of Zoom Video Communication. It has the ticker (ZM). However, there is another unrelated company called Zoom Technologies that had the ticker (ZOOM) but has recently changed its ticker to (ZTNO). It jumped over 1500 percent last year based on investors making a mistake on ZOOM being ZM. The ticker changed and the price has normalized.

Earlier this year when Elon Musk mentioned Signal as an alternative to Facebook, the stock Signal Advance SGNL, a firm in the biotech field, jumped from .60 to over 38. You have got to be kidding! Buy now and think later?

The sad issue is that this is not just exuberance in the last year. This irrationality and investment mistakes have been happening all the time. When there is new information and high turnover, mistakes are made.

A recent paper actually matched similar tickers that were different by one letter, had a reversed letter, or has similar names. They then looked at news shocks for the larger cap or more liquid alternative of a different named pairs and found that there was a significant spillover effect, positive correlation and co-movement in trading turnover with the potential mistaken pair. When there is surprise new information, confusion grows, trading turnover increases, and mistaken trades are made. The incidence of these trading confusion events is more likely that most would think, and it creates a sharp increase in trading turnover. When the cause of confusion disappears, trading becomes normalized. See "How Much So Investors Trade Because of Name/Ticker Confusion?"

Slightly smarter investors may actually make money by playing off these ticker mistakes. Investors are not getting smarter and with a greater influx of new retail traders, it is not clear that investors are going to get smarter in the near future. Yes, many retail traders are doing their homework, but the odds are still with HL Mencken.

Email ThisBlogThis!Share to TwitterShare to FacebookShare to Pinterest
Labels: finance