Does your investment committee have a Devil's Advocate? 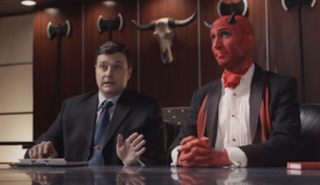 Does your investment committee have a Devil's Advocate? A Devil's Advocate is someone who takes the opposite or alternative argument to dispute the conventional or majority opinion.  Not many want this job, who wants to be the devil, but it can be critical for the firm if it wants the best possible analysis.

The phrase has a long history first associated with the Catholic Church in the 16th century. The Church would review the information for sainthood of an individual, but they decided it was important to have someone take the other side of the argument and dispute the case for canonization. This theologian or officially appointed skeptic was a "Promotor Fidei" or promotor of the faith; however, given the task of advocating against canonization, the person became known as the advocatus diaboli—the devil’s advocate. In 1983, the Catholic church diminished the role of this advocate.

The Devil's Advocate does not have to believe in his position. The focus is on getting an alternative view to the current position being advocated and questioning the logic and supporting data for a position. If someone argues that equities should move higher over the next six months, the Devil's Advocate will marshal facts and theory to argue the opposite opinion. Even a quant firm should have a Devil's Advocate who will argue against a new model being presented or dispute the quality of the back-testing supporting a model.

This is not an easy position to hold. Hence, this role should be rotated over time. You are not going to win friends or influence people if you are taking the unconventional view. In some firms, it may seem as though this type of advocate is not necessary given a culture of debate. However, having an appointed advocate against convention or the majority view ensures that a lively and healthy debate is possible. Good thinking only comes from strong debate.

"If everyone is thinking alike, then someone is not thinking." General George S Patton.

This is a great comment and I will get her book. This is the reason why I blog. There is the chance to get new ideas! thank you. Mark