Margin calls and the danger of feedback loops and pro-cyclicality 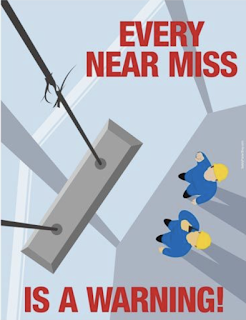 The March pandemic liquidity crisis was real and a test of what could be seen in the future. The low interest rate world has led to increased leverage and risk-taking. Higher volatility and large market moves will see an increase in margin requirements which will spill-over levered markets. There will be a positive feedback loop. Market sell-off will lead to higher volatility which will lead to higher margins. The higher margins will cause positions to be closed as traders delevered their risk. The financial flows through clearinghouse will be significant. This is well documented in the just published FIA working paper: "Revisiting Procyclicality: The Impact of the COVID Crisis on CCP Margin Requirements". This is a scary but important read for all investors who need to appreciate the structural issues faced during a financial shock.
The initial margin increases in the first quarter were significant across all major asset classes. Equity index margins increased by 100% and interest rate margins were up by 2/3rds. Commodity margins also increased but varied case by case. 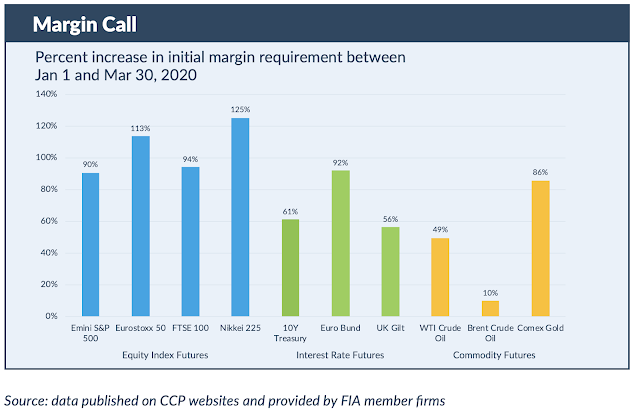 For example,  the e-mini SPX futures increased from just over $6000 pr contract to $12, 000 in less than a month. Even if an investor is hedging an equity position, the cost increase is substantial. The same problem existed for bonds. If a trader was holding a basis trade or speculative bond position, the cash flow requirements were sizable. Raise money for margin or get out of the position as a forced seller. 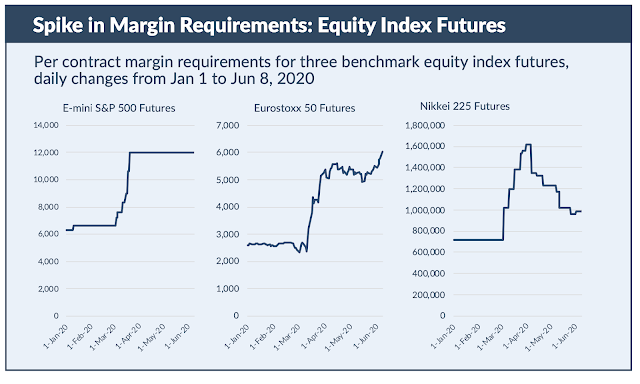 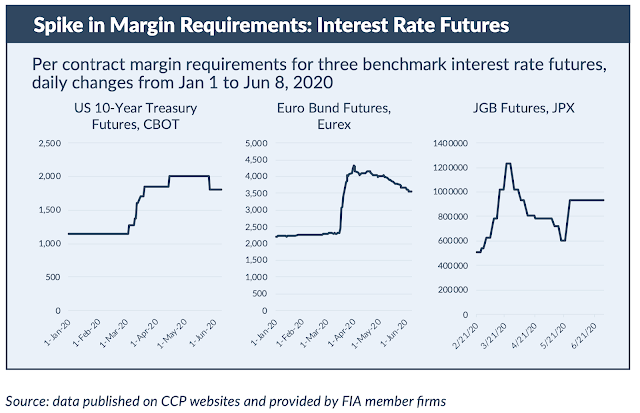 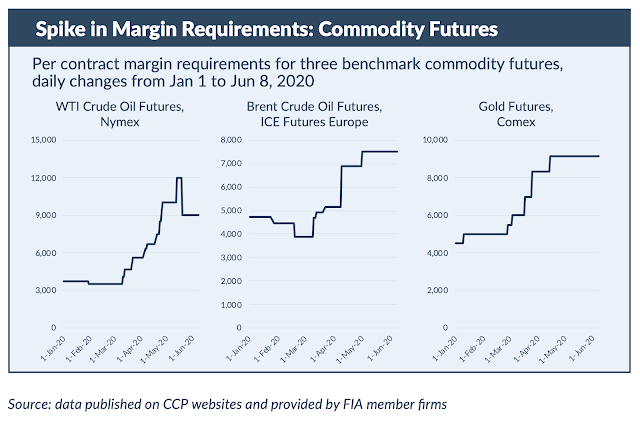 The money flows were staggering. The initial margin held at the CME at the end of the quarter was more than $230 billion, an increase of close to $100 billion. This is real cash that had to be moved to the CCP. 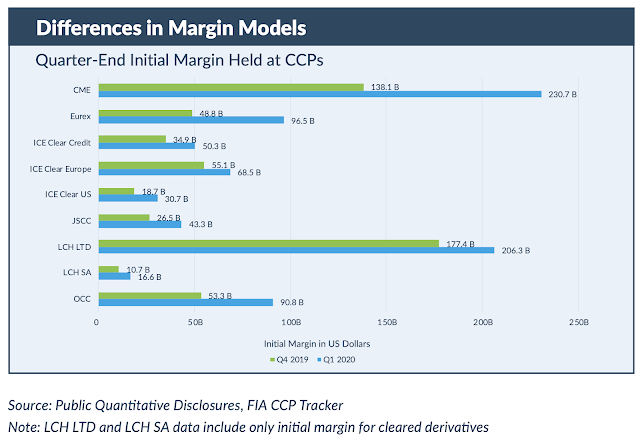 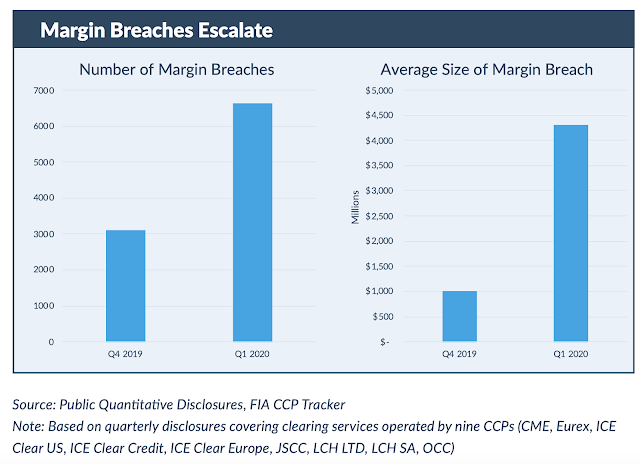 These changes in margin add an accelerator of pro-cyclicality to financial markets. This is especially true if there are extended periods of low volatility that are punctuated by a financial shock. This is an endogenous risk that markets have to be better prepared. Obviously, markets survived the March shock but only through massive Fed intervention. Investors have to think through the implication of no Fed or a late intervention and what that may mean for financial market integrity.
Posted by Mark Rzepczynski at 9:15:00 AM
Email ThisBlogThis!Share to TwitterShare to FacebookShare to Pinterest
Labels: futures trading