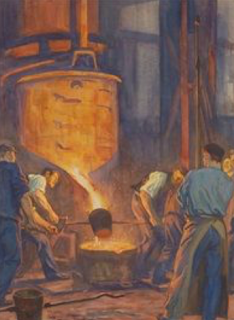 Macro fundamentals are important but changes in many these economic data over the short run will unlikely explain a large portion of the variation in asset prices over the last sixty days. Changes in risk and uncertainty have had greater impact on markets. The reversal in these risk and uncertainty measures may have been the key performance driver last month, but that will change as the focus moves to the lockdown reversal logistics.

Take a look at some of the variables that drive risk perception (risk-on/risk-off thinking) versus the real economy. These variables seem to have had a greater impact on return for April. The real economic continued to slide lower in April. 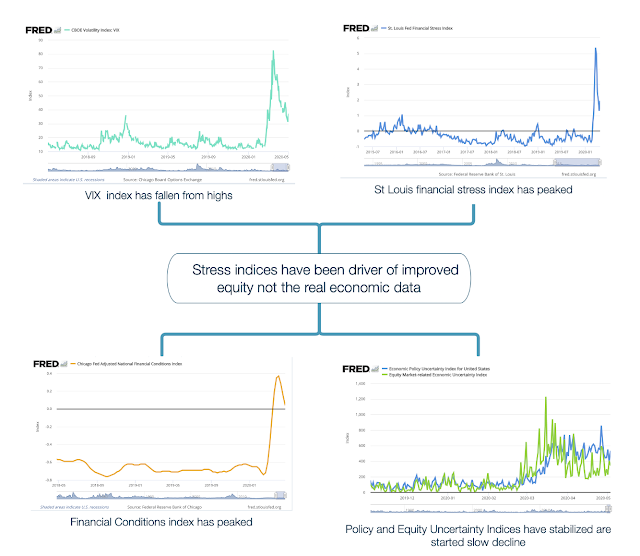 The VIX spike peaked in March and is on a steady decay. Volatility is still high by any measure versus most of the post-GFC periods but there is a move to normalization. The Fed financial stress is still above the average score, but is also normalizing. The Chicago Fed financial conditions index is following the same pattern as the stress index. Equity and policy news indices are still high but have peaked or are stable.

There were overshoots with many of these variables. These overshoots have been reversed by the large infusion of new money from Fed, but now the focus will be on earnings and cash generation.
Posted by Mark Rzepczynski at 6:57:00 AM
Email ThisBlogThis!Share to TwitterShare to FacebookShare to Pinterest
Labels: risk management