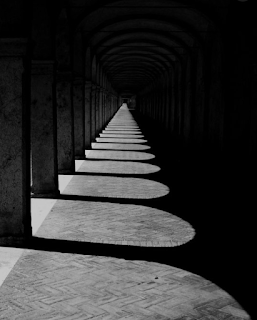 If you assume a normal asset return distribution world and it does not exist, you will be surprised with return performance especially in the tails and unlikely for the better. Of course, when in doubt, the rule of thumb for any sample of return data is to assume normality. Using the central limit theorem is a good starting proposition for any discussion, but it is not where the return discussion should end. The distribution assumptions are a place for danger with decision-making.

The level of surprise is a function of the amount of stretch or shape-bending away from normality. The real world problem comes in the two forms of risk measure: VaR and CVaR.

VaR will measure the chance of having a market move outside the 95% confidence region. The non-normal distribution with negative skew or kurtosis will increase the chance of having a tail event. The change of a big move is higher than expected. Simulating a VaR through using a normal distribution ensures that you will be at risk of skew and kurtosis. Using a historic VaR will place you at risk that the sample used is not representative of what may happen in the future.

CVaR will measure the average of moves outside the 95% confidence region. This will represent the magnitude of the tail event and whether the size of a big move is larger than expected. A non-normal distribution will have higher CVaR.

The worst case scenario will be a combination of two problems: a greater likelihood of a bad event and the size of those events being larger than expected. Still, a problem is that non-normality is hard to measure. Some non-normality is related to a mixed distribution of different volatilities. These problems increase if there is changing volatility. An increase in volatility that is not measured correctly will increase the chance of VaR and CVaR being too low not from non-normality but from mismeasurement.

Market risk will fluctuate when there is a greater chance of mismeasurement and non-normality. Look at the current environment. Volatility has fallen significantly since December. The spikes of February and December 2018 are rolling off short-term samples. The big shocks of the Great Financial Crisis are more than ten years old. The assumptions used to measure VaR and CVaR are critical for assessing current and future risk and as we move to the low end of volatility risks of a tail event surprise increase.

Still, there is not agreement on the impact of the problem. Some researchers show that forecasting with the wrong distribution is significant. Some researchers find that skew and kurtosis will have meaningful impact on portfolio allocations and the resulting VaR and CVaR for a portfolio. However, measurement error makes adding complexity an issue. Other state that the impact is a function of the utility used and that only when there is an extreme risk aversion is the tail problem real.

Our conclusion is that investors should assume that in a low volatility environment the risk of being wrong is higher. Investors face more risk of tail risk mismeasurement. Tail risk is higher when trading nonlinear returning assets, options.  Most importantly, the risks of tail events are not fully calculated with any simple VaR calculations.