Rivals take more risks - Is this a good thing for money management? 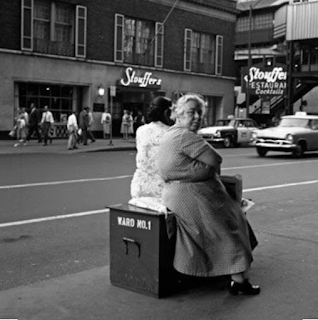 You might think some research is obvious after the fact, but in reality, good research can allow us to deepen our understanding on a topic and may provide subtle insights that were unexpected. One topic of interest is competition and rivalry.

Recent work finds that when there is competition between rivals there will be more risk-taking. See "Research: We Take More Risks When We Compete Against Rivals" in the Harvard Business Review. The idea that you can pit employees within a firm against a rival to get better work will actually lead to greater risk-taking. The same can be said for those who form rivalries with other firms. It may motivate people to work harder, but there will be the unintended result of greater risk-taking.


The researchers from the article study this problem in a number of novel ways. For example, they look at risky play calling in football between rivals. They track the incidence of two-point conversions after a touchdown or not punting on fourth down. Both are more likely when playing a rival team. They also created experiments in card playing where other players wore rival sportswear to see if risk-taking increased when playing against perceived rivals. It did.

There is less prevention focus, avoidance of negative outcomes,  and more promotion focus, reaching for ideal outcomes when playing against rivals. We all know that the hedge fund and only management business is competitive and there are rivalries between firms and individuals. Any time spent in New York will tell you money manager not only want to win but beat their perceived rivals. (Perhaps this is why managing assets outside of New York is a good thing.) Most managers cannot help themselves, but if rivalries are not controlled there can be excessive risk-taking solely related to this competition. In competitive bidding like private equity, rivalries will cause excesses and the "winner's curse". Again, emotions can be the enemy of a money manager.

Risk management, the quantitative measure of risk-taking, is necessary to stop the excesses of rivalry. If risk can be measured, the emotional bias and baggage can be limited. Discipline will trump emotions.